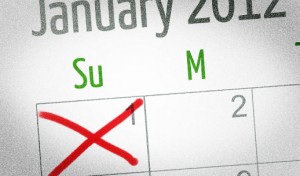 This is the first January in many years in which I haven’t had to revise my site extensively to outline and integrate all the changes in estate and gift tax laws, exemptions and rates for the New Year.

So far, there are only two changes of interest to that small group of regular people – non-lawyers and non-CPAs – who play close attention to this stuff.

Donations from IRAs to Charities – A notable change was the expiration, on December 31, 2011, of the opportunity to donate assets directly from retirement plans such as IRAs, 401Ks, and 403Bs, to charity. [UPDATE: Congress reinstated the IRA charitable rollover in January 2016, and (finally!) made it permanent.]

Increase in the Unified Exemption – The second is an increase for calendar year 2012 in the unified federal estate tax, gift tax, and Generation-Skipping Transfer Tax exemption amount. It goes from a round $5 million to an inflation-adjusted $5,120,000 per person. That might not sound like a big thing, but it could save the estate of a person who died on January 1, 2012 about $42,000 in federal estate taxes compared to what would have been owed had he died on December 31, 2011. And even more if that $120,000 was earmarked for grandchildren and would have been subject to GST tax had he died a few hours earlier.

Unfortunately, next January’s website edits probably will not be as simple. Congress and this president, or the next one, will almost certainly be making some changes. And at this point, it’s hard to predict what those changes might comprise. But we know one thing – if they do nothing, the exemption amount will drop to $1 million. And if that happens, a whole lot of folks in Northern Virginia will suddenly find themselves with potentially taxable estates. [UPDATE: Congress acted at the last minute to keep the exemption at $5.25 million, to be adjusted for inflation in coming years. Whew.]