Still another tax can affect transfers you make to your grandchildren, or to other people who are substantially younger than the person making a gift or bequest. Congress originally enacted the federal “generation-skipping transfer” (GST) tax in order to tax people who would otherwise use long-term trusts to avoid paying estate taxes at each generation. 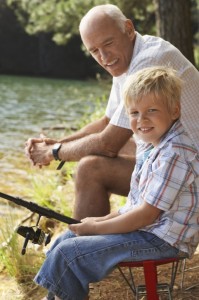 Generation-skipping taxes are not only imposed on trusts, however, and before 2018, you didn’t have to be a Rockefeller or a Buffett to worry about the GST tax. Being upper-middle-class and living in Northern Virginia would do just fine. For people who die in the the next seven years, there is a fairly large exemption, but current law will cut back the exemption beginning in 2026.

For persons making gifts – or dying and leaving money to heirs – in 2019, there is a relatively large lifetime exemption from the GST tax compared to earlier years. ($11.4 million per person, to be exact.) Unfortunately, though, the Tax Code sections, Treasury regulations, and other rules pertaining to GST taxes are extremely complex and convoluted, so that many trusts might be subject to GST taxes unnecessarily if the trust is not prepared and administered with the GST tax in mind.

Unlike the estate tax, which is graduated, the GST tax is  levied at a flat 40% tax rate for persons dying in 2014, imposed on the amount of a generation-skipping gift after any estate tax (also as much as 40%) is paid. In addition, the GST tax applies at each generation, so that a transfer to a great-grandchild could be taxed three times (an estate tax plus two GST taxes). And unfortunately, there are no “spousal portability” provisions in the Tax Code for unused GSTT exemption amounts. If you are rich enough to be making large generation-skipping gifts, whether during your lifetime or upon your death, then good actuarial, accounting, and legal advice is a must.

“Blessed be the hand that prepares a pleasure for a child, for there is no saying when and where it may bloom forth.”  –Douglas William Jerrold